But, this isn’t a post about chocolate pancakes (sorry to burst your bubble), it’s about the amount of money presidential campaigns have raised since 1980. The information is freely available through the FEC (Federal Election Committee).

I decided to omit Super PAC donations from this list due to Super PAC’s and Presidential Campaigns not being allowed to spend funds in tandem together. Super PAC’s offer contributors to make a large donation all at one time. Presidential campaigns are only allowed to accept a limited amount of funds from each individual. To find out more about contribution limits click here. By only counting the contributions made to a presidential campaign we can get an idea of who was more heavily supported monetarily by the American people.

How much money were they raising?

Below is a chart depicting the total amount of contributions made to either side of the aisle during a given presidential election. I adjusted the amounts for inflation so that I could quantify the impact in today’s world.

We can see a dramatic increase in the amount of value raised starting in 1996. I say ‘value’ because campaigns can accept more than just monetary support. They can accept goods too, and the FEC defines these as receipts. 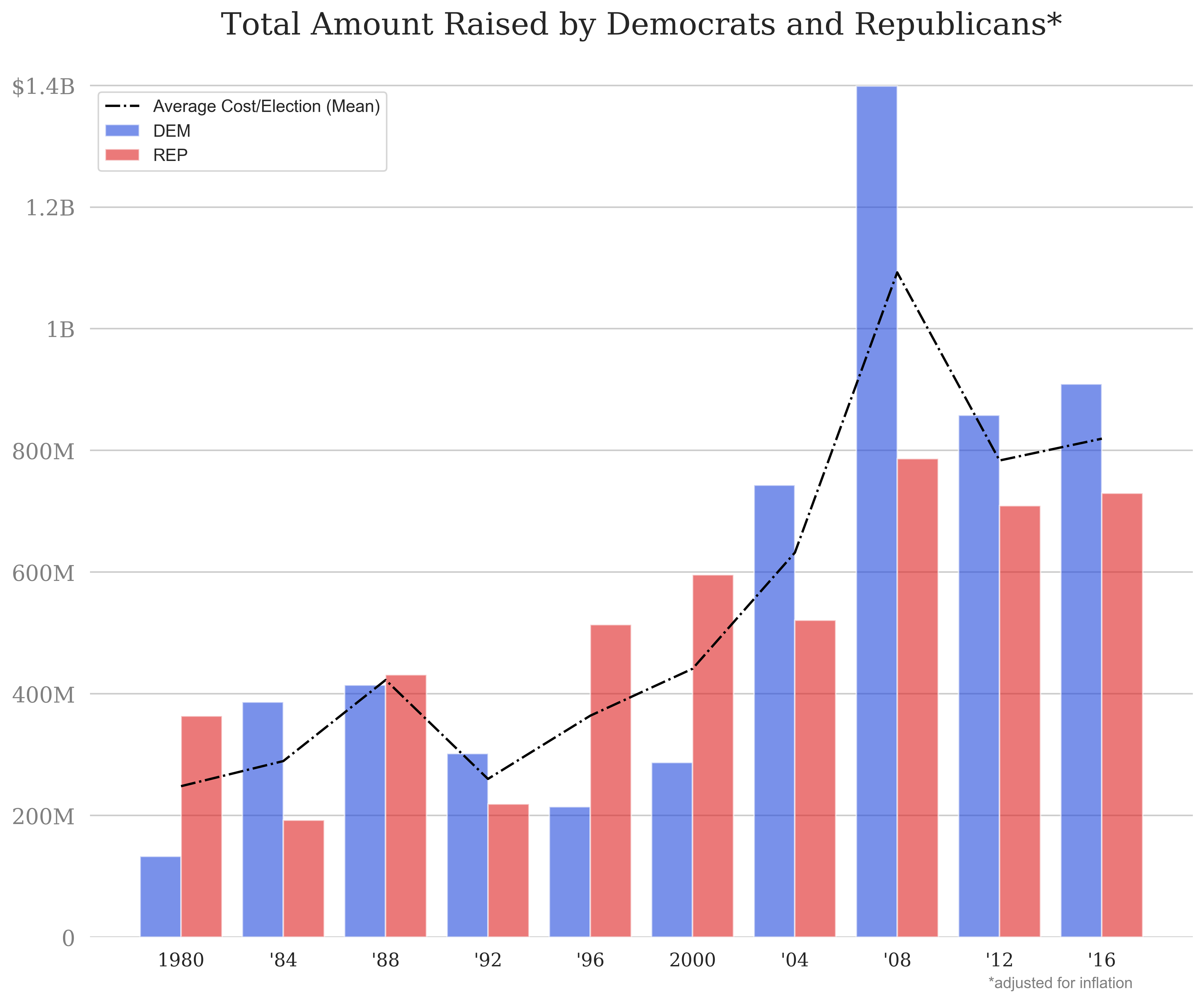 “Anything of value (money, goods, services, or property) received by a political committee.”

Presidential campaigns are big business, and I believe we will see more and more value injected into these campaigns as time goes on. There are more ways to spend your campaign funding now than ever before, due to the rise of popular technologies like the internet, smartphones, and data science. There are more ways to spend their funding, and now these campaigns can better target their supporters and potential supporters.

Whos Campaign Received the Most Funding

Every presidential race has a winner and loser and below is a list of some of the most funded candidates to date. Some candidates have run multiple times and their amount totaled is an average of each of those times. What’s more striking is the amount of money spent on candidates that ended up not becoming President. 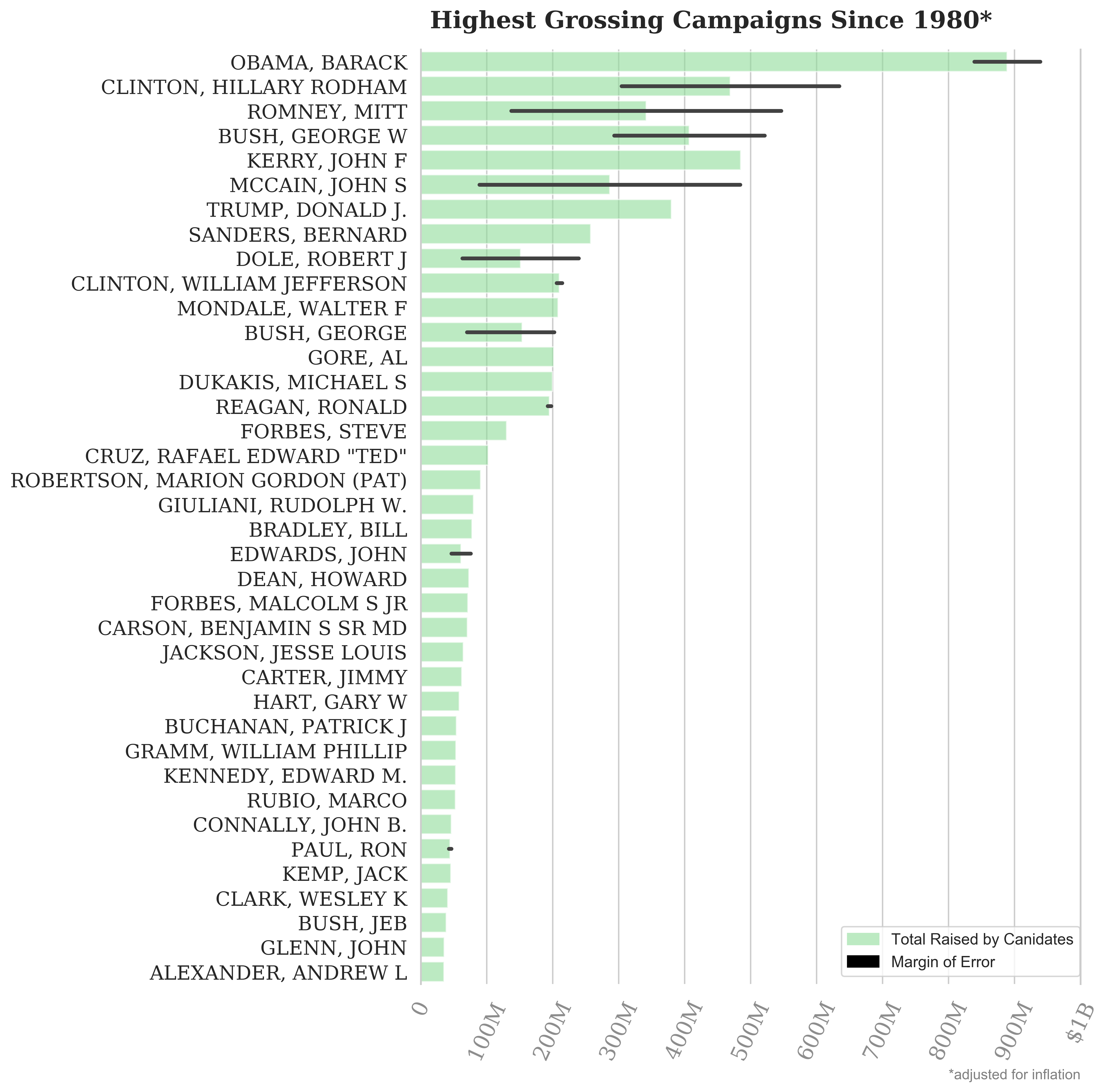 Now that you’ve seen the data, what are your thoughts? Will a billion-dollar campaign become a norm in the future? Does a heavily funded campaign equate to a heavily supported candidate? Do candidates with a lot of funding make it harder for less funded candidates to get their message out? These are all questions that need answers as presidential campaign funding begins to reach new all-time highs.